skip to main | skip to sidebar

click to play in Quicktime / mpeg-4 video for iPod / or direct streaming at blip.tv
.
A short miniature-voodle by bk featuring, despite of better knowledge, the despair of stubbornness as it was obvious, present and captured close to the Erasmusbrug in Rotterdam, The Netherlands - 2009.05.14. Soundtrack recorded on location.
.
b.k.: video 070 for lomeg-rom.blogspot.com - 1'30''
.
As a bonus please view the uncertainty about the ground on which this voodler captured Oslo Lumierestyle - 2009.05.21. Lomeglumiere # 070 "uncertain ground III" is available in quicktime / flash / mpeg-4 or you stream it directly at blip.tv.
.
.
Formats available: Quicktime (.mov), MPEG-4 Video (.m4v), Flash Video (.flv)
Posted by LOMEG_ROM at 9:05 PM 3 comments:

On Burnouts And Architecture That Must Blaze

click to play in Quicktime / mpeg-4 video for iPod / or direct streaming at blip.tv
.
…
We want architecture to have more. Architecture that bleeds, that exhausts, that whirls and even breaks. Architecture that lights up, that stings, that rips, and under stress tears. Architecture should be cavernous, firey, smooth, hard, angular, brutal, round, delicate, colorful, obscene, voluptuous, dreamy, alluring, repelling, wet, dry and throbbing. Alive or dead. Cold – then cold as a block of ice. Hot – then hot as a blazing wing. Architecture must blaze.
Excerpt from ‘Architecture Must Blaze’ (1980)
Coop Himmelblau; Architecture Is Now.
.
A short experimental docu-voodle by bk featuring OMA's tvcc/cctv burnout captured in Beijing, China - 2009.05.08, almost three months after the blaze took place. It's a necessity for Architecture to blaze, but it's a poignance to see it burned out. Soundtrack overlay 'apocolypse outro' by Neurowaxx (ccmixter.org).
.
b.k.: video 069 for lomeg-rom.blogspot.com - 3'43''
.
Viewer discretion
with respect for the loss of life
.
for the unedited version click on Quicktime / mpeg-4 / flash / direct streaming
.
.
Formats available: Quicktime (.mov), MPEG-4 Video (.m4v), Flash Video (.flv)
Posted by LOMEG_ROM at 10:44 AM No comments:

Miniature in Beijing; A Road-Voodle 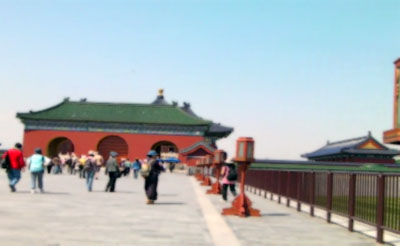 LOMEG_ROM
Oslo, Norway
‘LOMEG_ROM : voodles on CONTIGUITY’ is an experimental workspace/playground for investigations in the morphology of body and space. The Law of Contiguity (Edwin R. Guthrie, 1886-1959): ‘When two ideas or psychologically perceived events have once occurred in close association, they are likely to occur in close association again, the subsequent occurrence of one tending to elicit the other’, is the inspiration for LOMEG_ROM’s unpretentious visual outbursts or simple video registrations. LOMEG_ROM is a collaboration between ‘moi’ (the female) and ‘b.k.’ (the male) – both filmmakers and architects sharing the same enthusiasm and interest for perturbative spaces and moving mass, ...or what else life brings on. Click the images to watch the videos with Quicktime or follow the link to visit the LOMEG_ROM archive on blib.tv. Attention PC-users: for a better viewing experience either use the Apple Safari platform or watch the videos directly streamed by clicking on the blip.tv link under each of the posts.

'LOMEG_ROM : voodles on CONTIGUITY' adapted the VOODLE (video + doodle = voodle) as its primary tool for investigating body and space morphologies. 'Moi' and 'b.k.' are for all eternity indepted to Sam Renseiw for having introduced them to his 'spacetwo : patalab' - the fine art of pataphysics in daily life - with its condensed poetic voodles.

TRANSPOSITIONS screen(s); voodle(s); lumiere(s)! the first ever public screening of voodles (and lumieres) took place on Friday September 12th 2008 at Kuba in Oslo. Click here and here for some transposed lexeme footage of that cool event.

. All video works posted on this site are licensed under a Creative Commons Attribution-Noncommercial-No Derivative Works 3.0 Unported License.